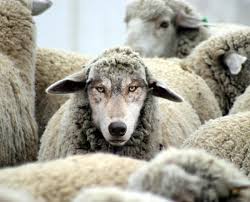 I am harboring a broken heart.

I have a tendency to forget that there is evil in the world. I am a joy seeker. I get up every day ready to face the world and to display kindness, and love. I want to live my life as an example. I give everyone the benefit of the doubt and I assume that everyone else has the same motives as I do. It is that mindset that allowed me to be blindsided and has left me fragile and broken-hearted.

When people see my downcast eyes they assume it is a result of my personal life. It’s  definitely part of it. There has been some pretty significant decline over the past year. We tend to measure his progression by landmarks: how he was when school started, Christmas, April Vacation, and the last day of school. The changes are generally subtle and slow, but they are there. He has good days and bad; days that he is clear and days that he is foggy. You can see the regression in his handwriting over the past year. 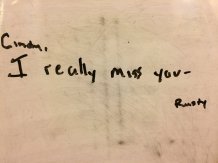 He gets dizzy often and his spells last longer than before. He has difficulty with sleeping. Either he sleeps all the time or hardly at all. He recognizes very few people now. Although we may talk about friends, family, and neighbors, he rarely recognizes them. Sometimes it will come to him with time, but more often, it does not. He doesn’t like going into public. It’s too scary. People think of dementia as being just about memory, but a huge part of the disease is anxiety. Too much noise, light, and confusion is more than he can sort through. Multiple conversations and movement make him shiver, stare, or shake his hands in order to self-soothe. He no longer accompanies me to church and seldom comes to family functions. I am grateful for our daughter who keeps him company during the day while I teach. I can’t imagine how lonely we would be without she and her family living with us.

He is still able to bake, and BBQ on the grill. He mows the lawn and still gardens with a vengeance. He helps with the laundry, but no longer knows how to separate the clothing. He folds with precision. He still does the dishes, and keeps the house immaculate. It amazes me that his best qualities remain his best, and worst qualities continue to be his worst. He still wishes that he could work in order to help more with the finances. He doesn’t miss driving, which is WAY too scary, and needs us to carefully monitor his medications.

Mostly, it’s fine and absolutely NOTHING compared to the year that I have had at school.

This year I had significant behavioral challenges in my classroom. Typical behaviors included ripping assignments, throwing items that ricocheted off bookshelves and walls, climbing on bookshelves & desks, overturning chairs that were balanced on a student desk and trying to sit on the top. Classroom furniture was moved around and they refused to do academic tasks, by yelling, swearing, and kicking. They ran around the classroom, refusing to join classmates, interrupting during instruction, running in one door and out the other, slamming, hanging on, and kicking doors. In fact, the glass in my door, handle, and lock were broken. In the hallway, they kicked the heater, yelled in the entryway, flicked the lights, and ran up and down the halls. They tore and ripped items off the walls, and threw classmates’ personal items down the hallway.

Some strategies that I used were preferential seating, a class behavior program,  and ”treats” when caught doing what was expected. I provided extra snacks, break times, and a nonverbal cuing system that indicated that they needed a break. I tried stress balls, and sensory calming tools. I paired them with peers and verbally rehearsed responses and aided them with graphic organizers before doing their work. I stated directions in a variety of different ways and provided visual supports. I encouraged risk taking and pre-taught lessons giving children a chance to do assessments in a small group. I provided extra attention and verbal encouragement, placing them near a friend when they felt anxious or unsure of the academic expectations. I reduced work expectations. I allocated spots to “take space”, and worked tirelessly through Class Dojo to report to parents when children were accessing a safe place, staying in the classroom, and completing class work.

In the end, the best thing for everyone was to separate them. They fed off each other and once one started to spiral, it was too easy for the others to join. But the separation came at a cost and it affected my year-end evaluation, which has crushed my spirit and left me doubting my abilities- even though I know better.

It is the third significant administrative blow for me this year and I fear that it is a direct result of my attempt at the beginning of the school year to discuss improvement needed and offer suggestions. I fear that I created a target for myself.

We have thoroughly enjoyed the shows Madam Secretary and Blue Bloods and I can’t help but make a connection between Big Politics and what I have seen in education this year and that terrifies me. There is a problem, right here in River City and it starts at the top. Lesson learned: shut up and keep my head down.

Beware of wolves in sheep’s clothing.